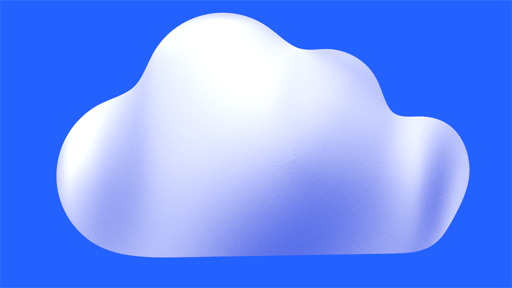 It started when my cousin asked, “So what exactly DO you do for a living?”
“Do you have a computer tethered by a data cable to the wall?” I responded.
“Yes,”
“Well my job is to build what goes on behind the wall.”
This conversation happened just a few years ago, but the technologies that make up the networks have changed so much that I doubt the explanation I gave to my cousin will work at this time where most user devices are mobile.

This post will be the first in a series in which I will explain what goes behind the wall from the simple cable to the Internet. I will describe the Internet, what the Cloud means and explain concepts such as Big Data and the Internet of Things. I will not be diving into much technical details but the posts will include some technology jargon and hopefully there will be some useful information for everyone.

What is the Internet?

The Internet is an interconnected mesh of networks operated by private, public, academic, business, and government organizations. The Internet has no single owner nor a single governing body, but it is glued together by some rules that all these organizations have to agree to follow. Among these rules are the so called TCP/IP protocol, the IP addresses, and the structure of the networks.

In order for all the machines that are connected to the Internet to talk to each other they have to use the same set of rules, known as communication protocols. The Internet’s main set of protocols are known as TCP/IP suite. The TCP/IP origins date back to the 1972 and its current form splits the communication functions into two: The Internet Protocol (IP) is responsible for giving all machines unique identification, addresses. IP also finds communications paths from one machine to another regardless of how far they are located in the Internet. The Transmission Control Protocol (TCP) is responsible for ensuring that the machines at both ends of the “conversion” talk reliably, regardless of the conditions of the network.

For the billions of machines that make up the Internet to be able to find and communicate with each other, they must have a unique address. The widely-used IP version 4 (IPv4) allows more than 4 billion machines to be connected to the Internet. The IPv4 addresses are presented to human users as a sequence of four decimal numbers separated by dots (e.g. 192.168.20.5). Since no human can possibly remember all the IP addresses of all the machines that he/she needs to contact, another system known as Domain Name Servers (DNS) is used to translate IPv4 addresses such as “50.62.218.1” to more human-friendly host names such as “adhocnode.com”.

The Internet is often represented in the technical drawings by a cloud symbol to hide the complexities of the networks from the Internet. The “Cloud” has also found it way to the everyday vocabulary after the rise of the social media and online services, such as cloud storage. In my next post I will uncover some of the details hidden in the cloud and describe the structure of the Internet.